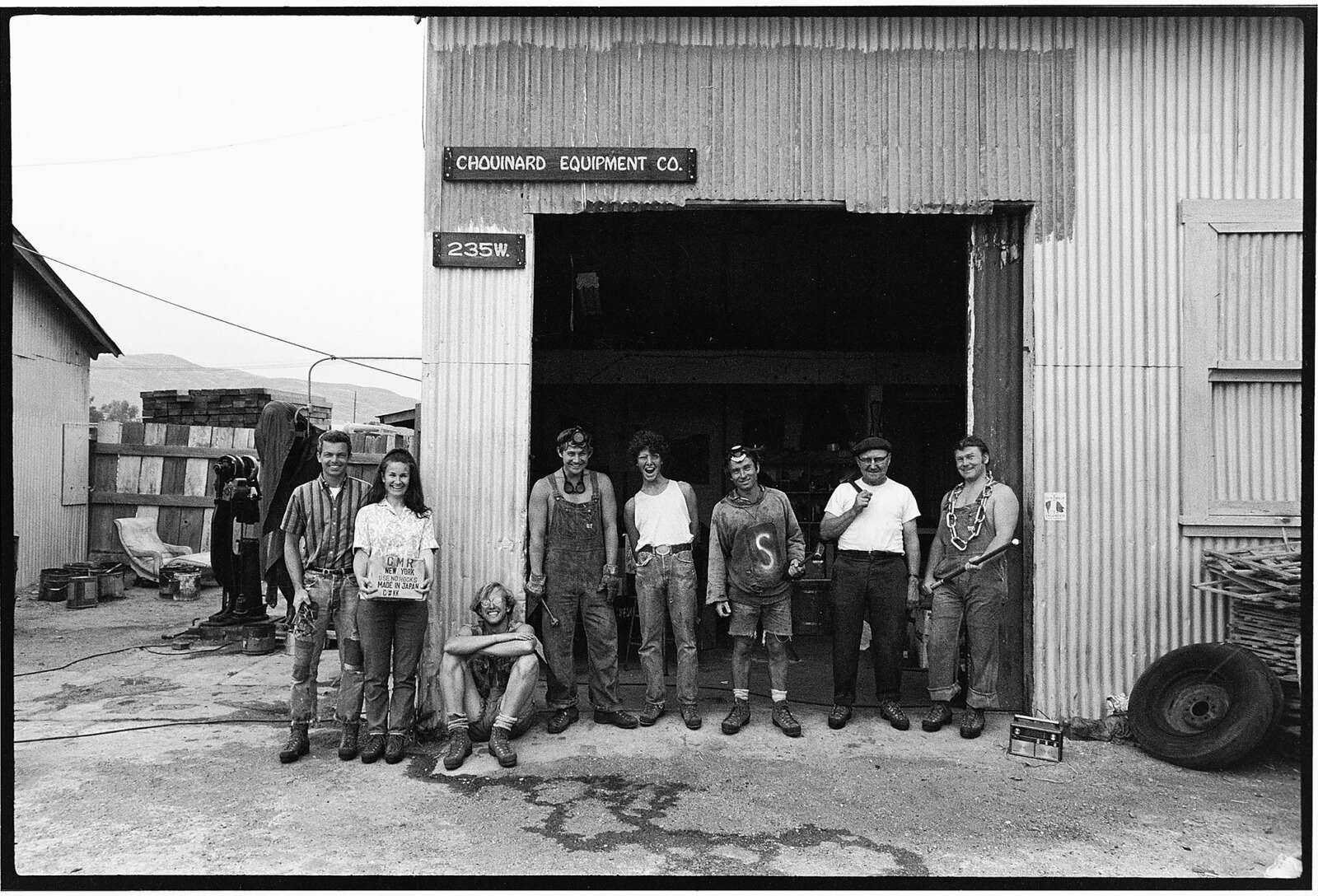 Patagonia – Design For The Sustainable Era 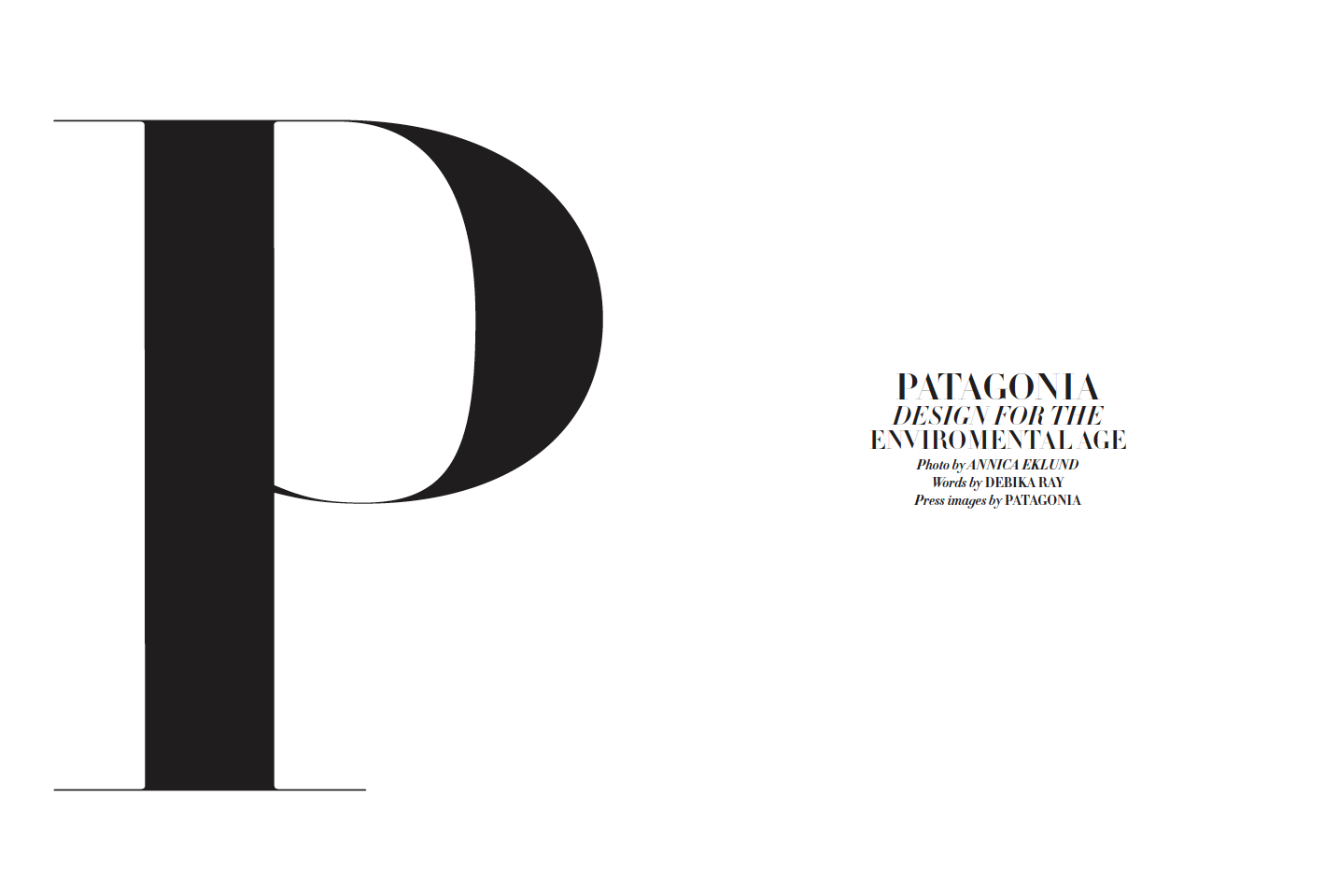 When the founder of the Patagonia company, Yvon Chouinard, began manufacturing climbing gear for himself and his friends in the 1960s, he always had in mind a great respect for the natural environment of the place. Forty-five years later, the company’s collection has grown to incorporate clothing and equipment for skiing, snowboarding, surfing, fly fishing, rowing and running. And as Patagonia has grown, so has its interest in preserving the nature in which these sports are developed.

„We have always appreciated the wild places around the world and a concern for their protection,“ says Ryan Gellert, company general manager for Europe, Middle East and Africa. „This has constantly evolved as the problems facing our planet have grown in importance.“ 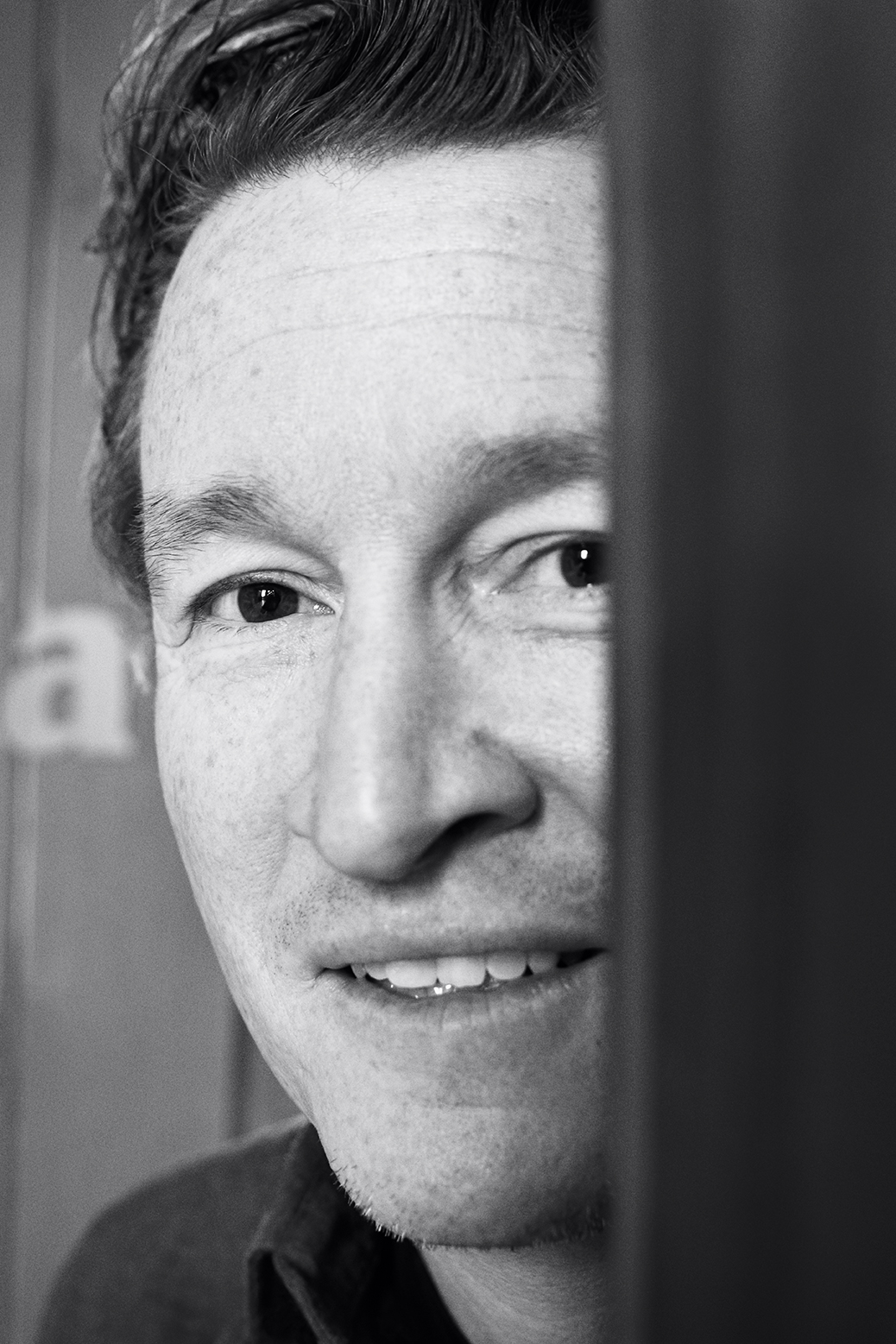 And they have grown: Since the industrial revolution, the impact of humans on the environment has led to the depletion of natural resources, air and water pollution, and the destruction of rainforests and biodiversity. A report in October from the UN warned that we only have until 2020 to find a way to prevent the global temperature from rising more than a critical maximum of 1.5 ° C, above which we are likely to see more natural disasters and a climate dangerously unpredictable. If the UN target is to be met, the impact of industry on the planet is one of the main factors that must be addressed.

Increased awareness of environmental degradation means that companies of all kinds can no longer afford to ignore these problems, especially those that are engaged in industries such as clothing production, which use huge amounts of natural resources. they need approximately 20,000 liters of water to produce 1 kg of cotton) and it produces pollution in the form of dyes and pesticides. For Patagonia, the problem is even more serious because its customers, as nature lovers, are more concerned about the environment.

Furthermore, his entire business is based on society being able to continue enjoying nature at its best. Whether for the good of the environment, its bottom line, or both, Patagonia has incorporated sustainability into its design, marketing and business strategies. The company’s mission statement now commits to „causing no unnecessary harm“ and „using business to inspire and implement solutions to the environmental crisis.“

In terms of design, this has meant experimenting with materials, manufacturing techniques, and the supply chain. For example, it took years of research to find nylon products that could be recycled to create high-quality fabrics. Patagonia ultimately settled on a combination of post-industrial waste, yarn from a spinning mill, waste weaving mills, and discarded industrial fishing nets.

It has also introduced high-performance materials such as Synchilla, a soft, double-sided fabric that does not suffer from surface degradation; Capilene, a new polyester with a high melting temperature suitable for commercial dryers; and Yulex, a natural rubber used to make wetsuits.

Patagonia also claims to be the first outdoor clothing manufacturer to make fleece from recycled plastic soda bottles, while other ranges are made from vintage cushions and bedding, and wood pulp that is extruded through fine holes to produce fiber. Since 1996, it has used 100% organic cotton, rather than the pesticide-intensive variety, and introduced hemp to its product line in the hopes that the laws surrounding the production of this durable and eco-friendly material will be more permissive in the future.

These measures, and others like them, have allowed Patagonia to continue operating as a global business, while maintaining an ethic against big business, appealing to people who consider themselves environmental activists but still want branded products. As Chouinard wrote in his book Let My People Go Surfing:

„I have never respected the profession. Business is the one that has to take most of the blame for being the enemy of nature.“ 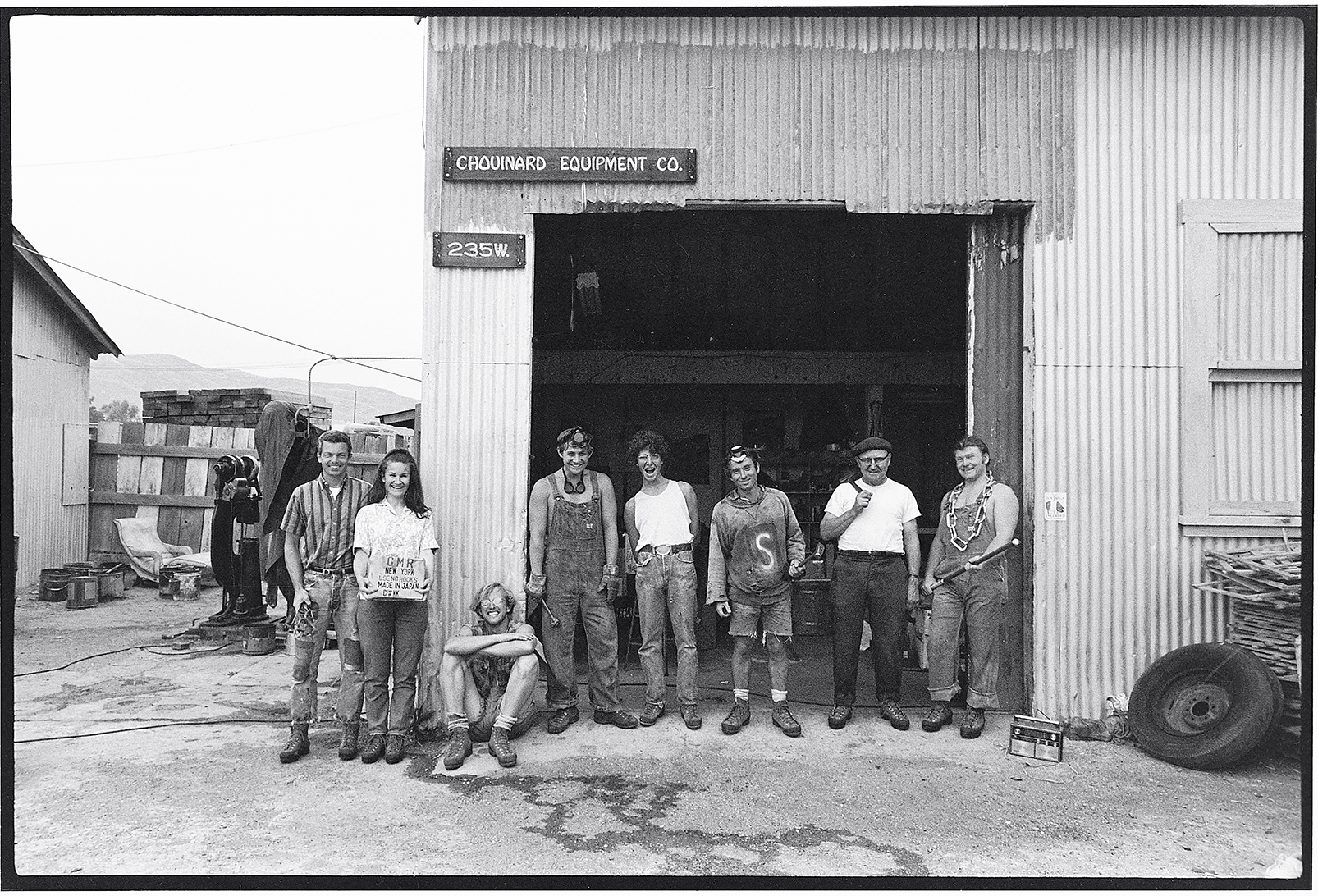 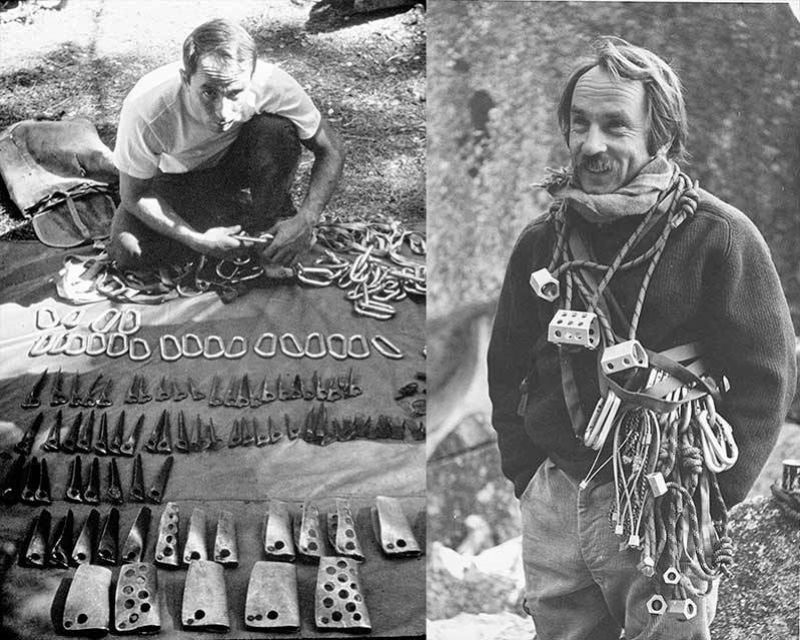 However, what these innovations do not solve is a crucial question: how can a company engaged in mass manufacturing and global distribution reconcile its existence with the inherent need of society to produce and transport less? This conflict is one that design companies have become increasingly aware of in recent years. The annual loss of new designs in fashion and furniture weeks is significant of the broader societal problem that is a culture in which low-quality items, be it Chouinard and Frost jeans advocated for what became known as “ clean climbing. “ From an economic standpoint, it was a risk to be driven by environmental concerns rather than sales figures, but it was worth it.

Within a few months, shoe sales soared. Just over a decade later, Patagonia has reached beyond the climbing sports community to become a mainstream fashion brand. According to Forbes, its revenue increased from $ 20 million to $ 100 million between the mid-1980s and 1990s. Then the 1991 recession hit and the company was forced to cut 20 percent of its workforce to help pay. their debts. For many companies, this would have been a time to refocus on the bottom line, but Patagonia took a different approach and put sustainability at its heart. By the 1980s, the company had already spent money and time supporting initiatives focused on clean water, air, and soil. In 2002, he formalized this idea by co-founding 1% of Planet, which gives away 1% of all sales to grassroots environmental groups around the world. Since 1985, the company has awarded nearly $ 90 million in grants and donations for such initiatives. Its 1991 catalog pointed to a foregone conclusion that to live up to its sustainable values, it needed to discourage its own customers from buying too much.

In 2011, Patagonia ran an ad on Black Friday that read „Don’t Buy This Jacket,“ explaining the environmental impact of that particular item of clothing. Customers are also asked to keep each item for an additional nine months. In 2013, it launched Worn Wear, a scheme that allows customers to exchange their used Patagonia clothing for store credit, which is then repaired and resold. As a company, you are betting your future on a more sustainable mode of consumption.

Of course, this strategy will only work if you are confident that your product will be the one chosen by the people and reliable enough to last. It’s another risk, one that Patagonia seems willing to take.